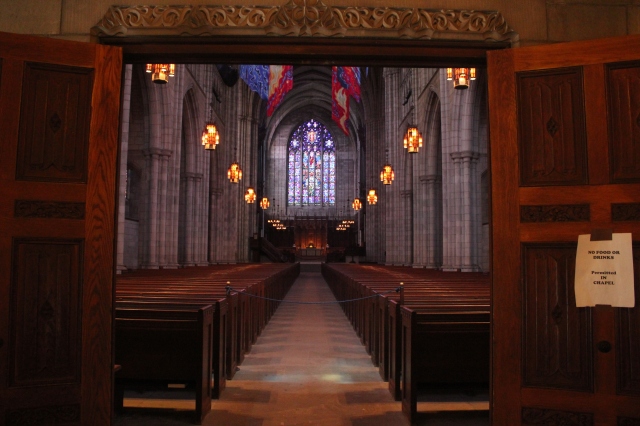 As I listen to the world around around me, there is no doubt in my mind that the church is being characterized as weak, internally and externally. Apostasy is on the rise in the western church as is persecution around the world.

Remember the  passage in Matthew 16:13-23 that begins with Peter confessing that Jesus is “the Christ, the Son of the living God” and Jesus answering him, “Blessed are you, Simon Bar-Jonah! For flesh and blood has not revealed this to you, but my Father who is in heaven.” But not long afterwards, when Jesus “began to show his disciples that he must go to Jerusalem and suffer many things from the elders and chief priests and scribes, and be killed, and on the third day be raised,” “Peter took him aside and began to rebuke him, saying, “Far be it from you, Lord! This shall never happen to you.” At once, Jesus – rejecting the path of disobedience to the Father’s will – “turned and said to Peter, “Get behind me, Satan! You are a hindrance to me. For you are not setting your mind on the things of God, but on the things of man.”

Peter had gone from speaking the words of God to the words of Satan that quickly; later on he even denies Christ, but Jesus, knowing this beforehand, had said to him, “Simon, Simon, behold, Satan demanded to have you, that he might sift you like wheat, but I have prayed for you that your faith may not fail. And when you have turned again, strengthen your brothers” (Luke 22:31-32).

Peter’s proclamation of faith is the rock on which Jesus said “I will build my church, and the gates of hell shall not prevail against it” (Matt. 16:18), and yet how quickly it was assaulted! Only Christ stood between it and utter failure.

So it is now. But though the flesh may be weak, the Spirit of God in the church universal – and eternal – is not.

For though we walk in the flesh, we are not waging war according to the flesh. For the weapons of our warfare are not of the flesh but have divine power to destroy strongholds. We destroy arguments and every lofty opinion raised against the knowledge of God, and take every thought captive to obey Christ …. (2 Corinthians 10:3-5)

Moreover, Christ Himself is interceding for us.

Christ Jesus is the one who died—more than that, who was raised—who is at the right hand of God, who indeed is interceding for us.

Who shall separate us from the love of Christ? Shall tribulation, or distress, or persecution, or famine, or nakedness, or danger, or sword? As it is written, “For your sake we are being killed all the day long; we are regarded as sheep to be slaughtered.” No, in all these things we are more than conquerors through him who loved us. (Rom. 8:34-37)

2 thoughts on “The Church Eternal”