I wonder how many Christians have been feeling like Jeremiah watching woe upon woe fall upon the “land of the free and the home of the brave.” We have seen government decrees not only ripping apart our Constitution but also shredding the moral fabric of our nation.

We have watched racial riots divide our cities and let loose hatred, violence, and lawlessness while Islamic terrorism has made our neighborhoods and communities, our sons and daughters, targets for madmen and butchers.

Slowly, ever so slowly, people across this country have ceased to be as free as we used to be.

Or as free as we thought we were. Even those fundamental freedoms enshrined in our Constitution  and our cultural conscience have been eroded. 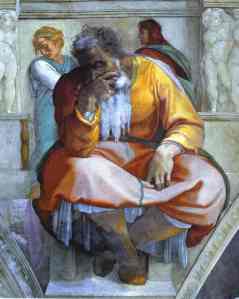 So yes, I feel like the prophet of Lamentations, and pardon my jeremiad as I indulge in some grief over what I have seen happening to this country that I love. The direction in which it is careening is frightening.

But I am not in despair. Not even over the liberties that have been taken away from me by my government and the increasingly antagonistic secular culture.

Because my freedom was never from them or of them.

In Christ, I am free no matter what man may do to me.

And as far as the kingdoms of the world, this country and the peoples of all nations for whom I continue to shed tears and raise prayers, regardless of what those who command armies, terrorists or bureaucrats may think, “know that the Most High rules the kingdom of men and gives it to whom he will” (Daniel 4:32).

Glory be to God Most High!

(Be sure and read other posts on the keyword “free” at Kate Motaung’s Five-Minute Friday. Join the gang even if you’re a first-timer like me!)

Daniel 4:19-27 Then Daniel, whose name was Belteshazzar, was dismayed for a while, and his thoughts alarmed him. The king answered and said, “Belteshazzar, let not the dream or the interpretation alarm you.” Belteshazzar answered and said, “My lord, may the dream be for those who hate you and its interpretation for your enemies! … this is the interpretation, O king: It is a decree of the Most High, which has come upon my lord the king, that you shall be driven from among men, and your dwelling shall be with the beasts of the field. You shall be made to eat grass like an ox, and you shall be wet with the dew of heaven, and seven periods of time shall pass over you, till you know that the Most High rules the kingdom of men and gives it to whom he will. And as it was commanded to leave the stump of the roots of the tree, your kingdom shall be confirmed for you from the time that you know that Heaven rules. Therefore, O king, let my counsel be acceptable to you: break off your sins by practicing righteousness, and your iniquities by showing mercy to the oppressed, that there may perhaps be a lengthening of your prosperity.”

4 thoughts on “The Remnant Who Are Free”