One wintry Thursday morning, under a queer blurry sky, an old woman trekked down a bustling city street with an unsightly burlap bag hanging from her shoulder. The people that passed her noted her appearance which seemed awfully ordinary except for the bag, of course, which couldn’t possibly be a handbag.

Every once in a while she would stop and ask a passerby something, then shake her head and keep walking. This happened from early morning to evening so that the people who passed her while on their way to the office or store would pass her again on their way back. The ones she had already stopped and spoken with would give her a wide berth more often than not. She really did seem strange, but in a familiar sort of way.

Finally, when the sky began to turn a dingy orange twilight, the old woman managed to spot a harried young lady whose shoe had flown off her foot as she raced to catch a train. No one stopped to help. Indeed one old ruffian knocked the shoe into the gutter and as the woman reached down after it, another passerby rudely jostled her so that she lost her balance and went sprawling on to the pavement.

As she gripped her shoe tightly and began to rise, she felt a hand at her elbow lifting her to her feet. The hand was unexpectedly strong and the minute she felt it a seriously large bubble of laughter began to rise from within her. How seriously large? Well, it was so large that it went racing through her and exploded out with a laugh so loud and so abandoned that it had no time to waste on giggles.

When she was finally on her feet, still laughing, she turned to face her helper and found it was the queer old woman she had passed by earlier in the day. The young lady looked at the woman’s face, then the burlap bag, then her face again, and forcing herself to stop laughing, said, “You’re so very kind to stop and help me up. Thank you.”

The old woman did not smile back. In fact, she did not speak until she had reached into her burlap bag and pulled out a grubby used candlestick. She held it out to the young lady and asked, “Do you need a candlestick?”

The young lady stopped another bubble of joy from escaping her. She felt a great pity for the old woman who she thought must be suffering and hurt in some way, but she didn’t know how to help so instead she answered, “No. I don’t.”

But the minute she had spoken, she regretted it. “Wait,” she said. “Yes. Yes, I do. Are you selling it? I’ll give you five dollars for it.”

The old woman smiled a very small smile, but did not reply. Instead, she put the candlestick back into her burlap bag and pulled out something else. A bowl full of apples covered in clear plastic. “Do you need a bowl of apples?” she asked.

The young lady paused and considered whether she had somehow insulted the old woman with her last answer. But obviously this old woman needed some money. So this time the young lady said, “I’m famished. I’d like those apples very much. How about ten dollars for them?”

This time the old woman smiled a little more, but still did not reply. Instead she put the bowl of apples back into her burlap bag and pulled out something else. A flower vase that may or may not have been found on a trash heap. “Do you need a flower vase?” she asked.

This is nuts! the young lady thought to herself. She noticed that there weren’t as many people around as the shadows had grown and the street had become darker. She and the old woman were now standing under the glow of a newly lit lamppost.

Last chance, the young woman said to herself. She could just turn around and leave or she could stand on this sidewalk all night with an old woman who was clearly unhinged. The old woman continued to look at her silently as if she could read her thoughts.

Once again the young lady felt a surge of pity for her. Once again she answered doubling her offer. “How about twenty dollars?” she asked. “Or is that too little?” And then remembering that that was all she had with her, said, “I’m afraid that’s all I have, but let me check.” She reached into her handbag and pulled open her wallet. “Oh look! I’ve got twenty and change! Will that do?”

How weird! she thought. It was as if the old woman had just vanished into thin air. The burlap bag lay at her feet, looking strangely empty, and kneeling down she opened it.

It was empty! The young lady stood up quickly. Was this some sort of magic trick? She looked around her again. But only a few folk were shuffling past her now.

Leaving the burlap bag where it lay, the young lady made her way to the train station. And as she entered the train, she found that the huge bubble of joy that had marked her encounter with the nondescript old woman, had become a coursing fountain.

Joy lit her face. And when she got home and her parents asked about her job interview, she said, “Mom, Dad, I didn’t get the job. But don’t worry. I can do all things through Christ who strengthens me.” 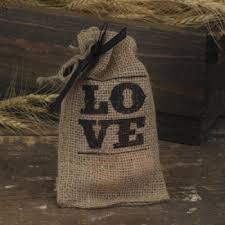 I have learned to be content in whatever circumstances I am. I know how to get along with humble means, and I also know how to live in prosperity; in any and every circumstance I have learned the secret of being filled and going hungry, both of having abundance and suffering need. I can do all things through Him who strengthens me.

I wrote this story today in response to my husband’s demand that I write one, and when I asked for some prompts as to what the story should include, replied that it must contain a candlestick, a bowl of apples, and a flower vase. Well, here you go, my muse, my sage, and my darling!

12 thoughts on “The Burlap Bag”