The topic is fitting somehow. This week I finished the last pages of Hilary Mantel’s The Mirror and the Light (2020). I had dreaded what was coming, so thoroughly had Thomas Cromwell and the world of 16th-century England peopled my imagination, a testimony to Mantel’s literary genius (see Well Met, Jude: Mann & Mantel).

END_OF_DOCUMENT_TOKEN_TO_BE_REPLACED

I’ve been reading David R. Helm’s Commentary¹ on Jude while finishing up Hilary Mantel’s Wolf Hall Trilogy. She’s a gifted writer is Mantel. Her incisive yet poetic imagination will send chills up your spine. And Helm unfolds his commentary with a literary feel that many theologians sadly lack.

END_OF_DOCUMENT_TOKEN_TO_BE_REPLACED 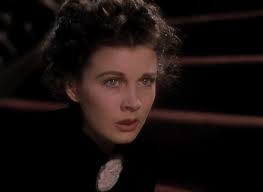 A Study in Scarlett & Tolstoy

Shamelessly exploitative title, I know. Yet I couldn’t resist the Sherlockian/Scarlett O’Hara pun since after reading War and Peace by the venerable Tolstoy, I found myself thinking paradoxically of “little ole” Margaret Mitchell’s Gone With the Wind. Both are hefty novels dealing with the devastating effects of a war and both treat tenderly yet critically the time and place and culture their authors evoke: Tolstoy of Russia, Mitchell of the antebellum South. And both compel a strangely enduring fascination even (or most especially) over those who have little to no knowledge of these particular regions.

Why? Ah! There’s the element of mystery. And like Sherlock, we must follow what leads we have.

The word tempestuous comes readily to mind as one point of similarity, not least because of characters like Scarlett O’Hara, Melanie Hamilton, Ashley Wilkes, and Rhett Butler in GWW and Natasha Rostova, Andrei Bolkonsky, and Pierre Buzukhov in W&P whose compelling personalities exert their own unique power.

Then there are the war-torn times in which they live, themselves tempestuous. Here, looming over ambitions and loves, sorrows and passions, is the juggernaut of history that rolls over man and beast alike leaving devastation and loss in its wake. Napoleon marches through Russia; Moscow is looted and burned. Sherman marches through the South; Atlanta is burned to the ground.

The scale of suffering is immense, relentless, and implacable. Death, famine, sickness,  cruelty, vice, and various brutalities indiscriminately litter the landscape with their victims. And through it all, the inescapable question: Why? What is this unseeing force of history that yet deals such fury and hate, destruction and death by the hands of petty men and women grappling over thrones and kingdoms?

END_OF_DOCUMENT_TOKEN_TO_BE_REPLACED

I was one of those who was brought up to believe that life’s fullest purpose was to serve mankind, to do good works, that the most joyful life was the most productive life of service. Two fellows who were often quoted to me were Henry Wadsworth Longfellow and Rabindranath Tagore, for self-evident reasons, but here’s a sample of why:

Let us, then, be up and doing, With a heart for any fate; Still achieving, still pursuing, Learn to labor and to wait.  (Longfellow, last stanza, “A Psalm of Life,” 1838)

Yet I had seen enough folk as I was growing up with a stoic sense of responsibility who were as joyless as the day is long, but who were happy enough to criticize those who lived for the joy of the coming life in eternity with their Lord as if their constant desire for heaven was somehow a serious flaw in their character. Escapists and weaklings, they were said to be, with no true love of humanity, living for the joy of what is yet to come when Christ returned instead of the practical demands of the day.